POLICE REFORM: EMERGE FROM THE DARK

Posted on June 8, 2020 by photoshopflair 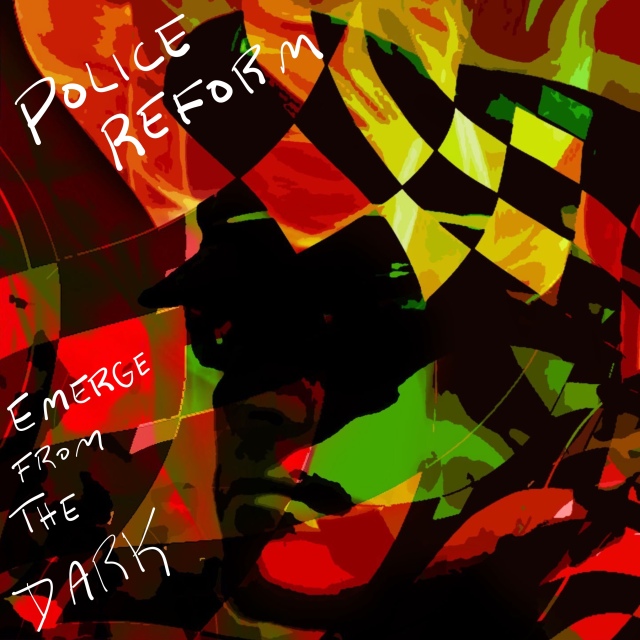 Eliminate the Title: Police and Cops. And shed all things negative within the active body. Remove all negative ideologies as well. Implement New Title: World Peace Officers. Implement New Uniforms with the main color being Dark Leaf Green with Dark Wood Brown logos, with Symbols, or Designs that show Tree Life, such as a Eagle or Owl Perched in a Tree. Why the colors? Uniform colors should be darker versions of colors because it will maintain a cleaner appearance much better, especially when outdoors. Also, Green stands for Growth, and Green and Brown are the main Colors of Trees. Why the Symbolism? Trees Serve and Protect Life; they help provide Oxygen to Breathe…

and are home to many forms of Life around the world. And sure… applicable persons can teach and repurpose an officers role. But i say… Let the Trees be a Teacher as well, and let them be a constant reminder that people need to Breathe… and that Life needs to Flourish. Buildings for World Peace Officers would not be titled: police stations or precincts. Buildings would be Titled: World Peace Initiative, Sector 1, 2 and so on, and it would read that on the buildings and cars. Buildings and cars would be friendly earth tone colors or similar colors to the uniforms. First building to initiate changes is subtitled Sector 1, the next to initiate changes is Sector 2, third building is Sector 3, and so on. Full title for

example would be World Peace Initiative, Sector 1. And At least two beautiful trees should be planted nearby or in the vicinity of every building and if possible, other plants should be around, including small plants on the desks in the offices inside the building and medium plants next to seating and open spaces to give off an aura of life, and discourage the aura of morbidity. World Peace Initiative’s Slogan for all Sectors would be “Peace is a Virtue.” All cars for Sector One would read “World Peace Initiative: Sector 1” and read “Peace is a Virtue.” under those words. The Buildings would exist all over the world, and be interconnected in communication, purpose, peace efforts, and values. No

one should be employed at, or work in these buildings who do not have good values. There should be computer or paper Tests for current and future officers. Testing would strategically and thoroughly assess moral and ethical thinking in relation to response tactics to various situations and overall views on life. Those who don’t meet quality standards after testing can not be an officer, period. Those who fail the standard while on duty should face fair accountability, and disciplinary action at the level equal to the discrepancy. And a persons test results on file, and known reputation at the job and in the community should be taken into account and consideration always when exercising

disciplinary action. The World Peace Initiative for all Sectors, would have two divisions titled D1 and D2, meaning division one, and division two. D1 or D2 should also be on the uniform logo, patch, badges, id’s, hats and anything medium to small size to help people identify the type of responding officers. Dispatchers should be careful to send out the proper responders, suitable to the task. All Uniforms for Sector one would read “World Peace Initiative: Sector 1” and read “Peace is a Virtue.” under those words. And Sector two would read Sector 2 and so on. This would be on the back of all Shirts, Jackets, Coats and anything large enough to remind officers and all people of their purpose. D1 would

be designated for Major crimes such as: Bank Robberies, Mass Shootings, Attempted Murder, Rape and more. D1 officers would be expected to be well equipped for the needed response and would reasonably and naturally have high adrenaline do to the situation at hand, but… should try to remain sharp and focused. D1 ideally should Never be sent out to to respond to D2 related duties! This Is Very Important. Because D1 officers to a certain extent will become conditioned and use to responding to high threat situations. Therefore adrenaline and energy should be appropriated in the right directions, and a pattern should be one that they are used to. That way they can do their

jobs in confidence, and in better aptitude. D2 would be designated for Smaller issues such as: petty theft, public intoxication, disorderly conduct, and other minor community issues. D2 would be tasked with conflict resolution, and displaying multipurpose leadership, community advocacy, and stewardship, by maintaining a positive attitude and simply exercising nonviolent, and ideally… nonphysical interaction with people, to resolve small problems within communities. Also an example of nonphysical small crime disciplines is a summons to a respective form of counseling, or giving small to growing fines and fees for disorderly conduct that keeps happening on a reoccurring and

continual basis. If possible, Fines and Fees should be non paper based, and able to be input into an online system. Also If possible, have body cameras linked with facial recognition software, and carry devices for outdoor fingerprint scanning to mainly be used for any persons who may appear drunk or unconscious. D2 officers at the very least should always travel in pairs, and should always be attentive enough to explain if need be, an account of what occurred, and D2 officers may request via communications assistance from D1 officers Only if the situation is suitable for such a request. Otherwise request should not be granted at all. In that case Requests for Additional D2 officers may

be a normal practice if need be. D1 officers should be expected to carry lethal weapons. D2 officers however should not be defenseless and should be carrying nonlethal weapons. All officers should have excellent training that teaches ethical use of weapons, and ethical responses to all situations. Ideally World Peace Initiative Sector cars should not have such disturbing lighting in terms of the color. If it were my choice… the colors would actually be bright green and white flashing lights. Red is a very alarming and disturbing color to have flashing all over the place, and it gives off a aura of imminent danger i feel. Additionally, all cars should have cameras on the front, back and sides of

cars if possible, and very bright white front and back lighting that almost looks like daylight that can be turned on when and where it would be helpful. Cars and all cameras should have sound recording capabilities. Also just as members of a company or job, have ID to identify them, people may “Voluntarily” sign up to receive by mail a Community Member ID issued by their applicable World Peace Initiative, Sector. And Instead of a photo on the ID, the ID could have something of a Qr code or something else on it or multiple things on it, maybe a bar code and bar code number to additionally help Identify the Individuals In or belonging to Communities. Why a Qr code or bar codes and such? because I doubt everyone would want to run in

and have their photo taken, especially people who may want to be somewhat anonymous! However, such ID’s should not replace more important ID’s, such as state ID’s. And the ID’s in no way shape or form should look like the World Peace Officers Sector ID’s. Also, positively interacting with community members and taking down information, suggestions, and notes whenever and however possible would be ideal. World Peace Officer ID’s should have world class design, and be distinctive, and readily recognizable. Also D2 Officers could also make the choice to be representatives, and Influencers of Greener World initiatives by inspiring the planting of Trees, and could

voluntarily help plant trees once a year as an event, that would have a good reflection on the World Peace Initiative Sectors and it’s Officers as a body. However, World Peace Officers should not be forced into any greener world or going green advocacy roles. Reason being… their main focus and purpose should be bringing peace to the communities they serve. There should also be surveys available online under the World Peace Initiative Sector website, that allows individuals in communities to have input on how to handle community problems, and suggestions should be taken into consideration. Surveys should be set up whereas if the community member chooses to do so, they can

there should always be areas online that allow anonymous donations, or anonymous feedback, from the community. Why should certain things be anonymous? Because not everyone wants info about them on a website whereas they may feel that their information is not necessarily secure. And also because people may have safety concerns with having an account on a website that is deemed to support safety feedback from communities. And not everyone will care for peace efforts. Some people love discord.

On the subject of physical paper money and silver coins and such… elimination of such should be considered in the world. All forms of payment should be Readily Authentic and able to Identify the person issuing the payment in a payment system. Banks should consider issuing two cards to bank account holders, one card should work similar to paypal and be for storage of small amounts of money for small and quick store runs. And the second bank card would only be discreetly carried by persons, seeking on any given day, to make larger purchases. Also, One should keep in mind that, Harmony and Peace Requires Effort from All Of Us! And that the Absence of a People Bringing Order… does not necessarily mean the absence of Evil… Bringing Chaos! – By China Alicia Rivera

Also, i know maybe this is probably not the best idea around for some kind of Police Reform; but it’s what appeared in my mind. What’s your idea?